You are here: Home / Islam / Christian Answers Regarding Islam 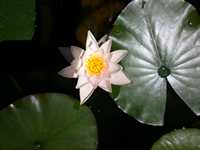 1. The Koran purports it does not contradict the Bible but supports it.

The Koran declares that it was written to confirm the previous revelations and not to replace the Bible according to Sura 5:48 which says,

“And We have sent down to you the Scripture with truth, authenticating what is present of the Scripture and superseding it. So judge between them by what God has sent down, and do not follow their desires from what has come to you of the truth. For each of you We have made laws, and a structure; and had God willed, He would have made you all one nation, but He tests you with what He has given you; so strive to do good. To God you will return all of you, and He will inform you regarding that in which you dispute.” (1)

2. The Koran references the Torah and the Injeel (Gospel).

The Injeel is one is one of the four Islamic Holy Books as revealed by Allah. It is sometimes translated as “Gospel”. (2)

Sura 5:46, “And We sent in their footsteps Jesus the son of Mary, authenticating what was present with him of the Torah. And We gave him the Injeel, in it is guidance and light, and to authenticate what is present with him of the Torah, and a guidance and lesson for the righteous.” Sura 5:46 says that Christ confirmed that the Torah was the truth and that the Evangelicals have the light. (3)

3. According to the Koran, all sacred books are equal or the same.

4. The Koran considers the Bible to be preeminent.

Sura 10:94, “If you have any doubt regarding what is revealed to you from your Lord, then ask those who read the previous scripture. Indeed, the truth has come to you from your Lord. Do not be with the doubters.” (7) Give Mohammed one commandment and any Muslim must treat the Bible like a primary source of illumination.

5. The Koran recognizes that the Jews have the Word of God (Allah).

Sura 5:43, “And how can they make you their judge when they have the Torah, in which is God’s judgment; then they turn away after that. Those are not believers.” (8) Mohammed says that the Jews have the law in front of them.

6. The Koran recognized that Christians have the Word of God (Allah).

7. The Koran never accuses the Jews or Christians of changing the Original text of the manuscripts of the Bible.

8. The Learned Muslims maintain the integrity of the Bible.

The Caliph Mutawakkil (847-861A.D) did not accuse the Jews or Christians of ruining their scriptures. He admitted that the authenticity of the Torah and the Gospel was left in the hands of the Jews and Christians.

9. The Trinity: Islam does not accept the doctrine of the Trinity. (10)

The Muslims believe that the Holy Spirit is a force that emanated from God. They see Jesus as a prophet that came after John the Baptist.

Sura 4:171 says,  “O people of the Scripture, do not overstep in your system, nor say about God except the truth. Jesus the son of Mary was no more than God’s messenger and the fulfillment of His word to Mary, and a spirit from Him. So believe in God and His messengers, and do not Say: “Trinity.” Cease, for it is better for you. God is only One god, be He glorified that He should have a son! To Him is all that is in the heavens and what is in the Earth. God is enough as a caretaker.” (11)

The three Gods of Christianity are identified in the Koran as God, Jesus and Mary. (12)

10. The Scriptures: Muslims believe that the Hebrews and Christian Scriptures have been corrupted and adulterated.

Some Muslims believe that the Scriptures have been corrupted over time through the many translations made throughout the centuries.

But the Koran teaches that the Bible is a true revelation of God.

11. Jesus Christ is God but Muslims deny that he displayed all the attributes of God...

The Koran states in Sura 4:156-157 (in Arberry’s translation): “We (the Jews) slew the Messiah, Jesus son of Mary, the Messenger of God” – yet they did not slay him, neither crucified him, only a likeness of that was shown to them. … and they slew him not of certainty – no indeed; God raised him up to Him; God is All-mighty, All-wise.” (24)

They believe that Judas was crucified in Jesus place, disguised also as Jesus, that even Mary and His disciples were tricked. There are other commentaries that exist which say that Simon of Cirene was the one who was crucified. At any rate, they are convinced that it was not Jesus.

13. Mankind is sinful according to the Bible but Islam disclaims original sin.

Muslims believe that man is born without original sin (Sura 2:255). There is no need of a savior to .redeem man who is supposedly a sinner by nature. According to Sura 95:4, humans are created in .the spiritual form and then are lowered to the material form. Sura 2:255 teaches that man is not the .product of original sin. And Sura 31:33 teaches nobody is responsible for another’s sin. We are .capable of redeeming ourselves by making amends for our failures. (26)

Islam and Christianity… The Koran vs. The Bible
A Comparison of the Christian Scriptures with the Teachings of Muhammad
Copyright © 2001 Diane S. Dew