You are here: Home / Counseling and Exhorting / What’s Your Excuse? …famous failures 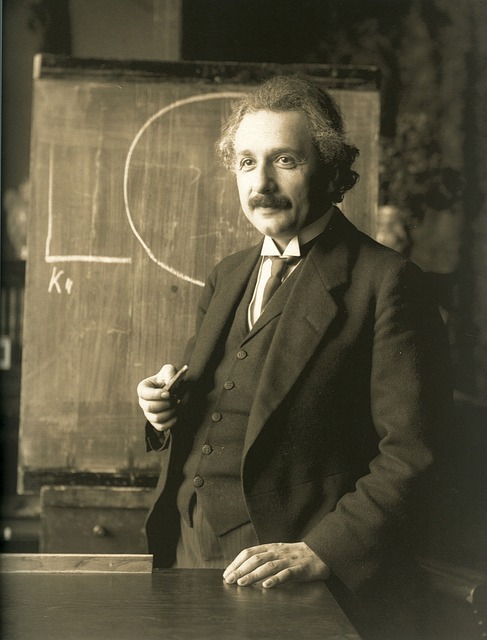 His teachers said he was “too stupid to learn anything” and was fired from his first two jobs for being “non-productive.” (Thomas Edison’s 1000 inventions came during the Panic of 1873 and the Long Depression, which lasted 29 years).

He did not speak until he was 4-years-old and did not read until he was seven. His parents thought he was “sub-normal,” and a teacher described him as “mentally slow, unsociable, and adrift forever in foolish dreams.” (Albert Einstein survived the Long Depression, 3 Panics and Post WWI Recession).

He failed sixth grade and was subsequently defeated in every election for public office until he, Winston Churchill, became  Prime Minister at the age of 62.

It is said this farmer boy could not read nor write, failed and went broke five times.  His company has survived 8 Recessions, 1 Oil Crisis and 1 Great Depression. (Hopefully Ford Motor will make it through this.)

He was not allowed to wait on customers when he worked in a dry goods store because, his boss said, “he didn’t have enough sense.” (FW Woolworth was founded during the Long Depression that lasted 23 year with a loan of $300 and in 2001 changed its name to Footlocker.)

Fired by his newspaper editor who said, “he lacked imagination and had no good ideas.”  He went bankrupt several times before he built the largest entertainment  company in the world. (Walt Disney’s creations have since survived 1 Great Depression and 7 Recessions.)

After his first screen test, the memo from the testing director of MGM, dated 1933, read, “can’t act, can’t sing, slightly bald, can dance a little.” (Fred Astaire’s career lasted 76 years and was launched during the Great Depression

School drop out and child runaway this individual used $105 from his first social security check at the age of 65 and sold his franchise after 9 years of attempts and during two recessions. The world knows him as “Colonel” Sanders, founder of Kentucky Fried Chicken

Trained ambulance driver and later a milkshake machine salesman, this guy took over a small scale franchise and built the company into largest fast food restaurant in the world. Ray Kroc bought McDonalds during the Recession of 1953.

The first time he walked on-stage as a professional comic, he looked out at the audience, froze, forgot the English language and was jeered offstage. “Seinfeld” later syndicated and paid Jerry over $250 million.

Born in a rural Mississippi town to a poor single teen age mother, raped twice at the age of 9 and gave birth to a child that died in infancy at the age of 14. She landed a radio job at the age of 19 and later launched her own production company and became the billionaire, Oprah Winfrey.

Decca Records and Columbia Records turned down a recording contract with this group suggesting,  “Groups of guitars are on the way out.” The Beatles delivered 292 performances in one year at a seedy little club in Liverpool before they were discovered!

He handled the violin awkwardly and preferred playing his own compositions instead of improving his technique. His teacher called him “hopeless as a composer.” (Beethoven wrote five of his greatest symphonies while completely deaf.)

He sold only one painting during his life and this, to the sister of one of his friends, for 400 francs (approximately $50). Van Gogh completed 800 paintings.

Is there a message here?
1)    Never Quit
2)    Everyone has problems!
3)    Recessions don’t kill anyone!
4)    Do something spectacular and unless you are Van Gogh you will be rewarded.