You are here: Home / Heaven / Life Is Short 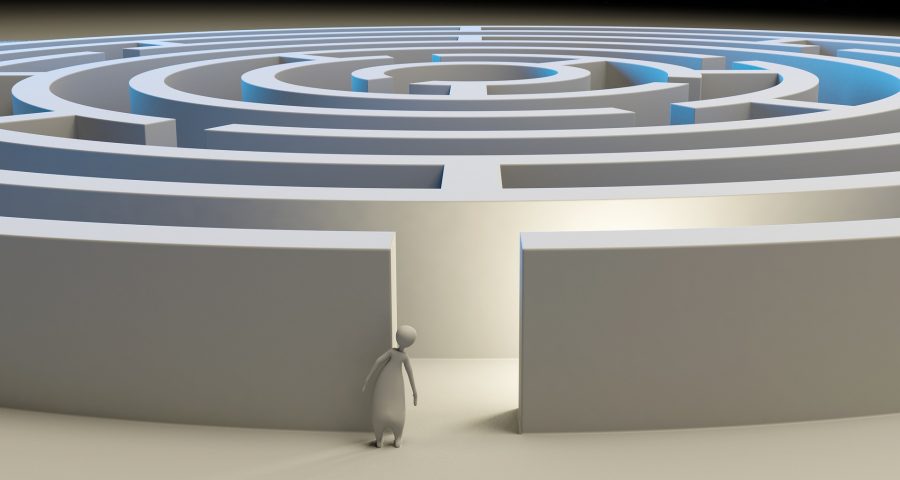 Life is short.  As they say, “First you’re born, then you die”.  If you get all the way through the maze, you realize it was not a long path.

“Lord, make me to know my end
And what is the extent of my days;
Let me know how transient I am.
5 “Behold, You have made my days as handbreadths,
And my lifetime as nothing in Your sight;
Surely every man at his best is a mere breath.
– Psalm 39:4-5

That single fact really behooves us to get prepared for the next life.  It’s coming soon, maybe sooner than you think!  The Bible says that we only have one life – and after that comes The Judgement.

“And as it is appointed unto men once to die,
but after this the judgment” – Hebrews 9:27

Heaven or Hell.  There are only two alternatives for us after life on earth: Be with God forever, or be without God forever.  It’s either heaven or hell for you.  We don’t have to “do” anything to get to hell, because we are already condemned to hell by God’s justice system.  But we can choose to repent and follow Jesus – and be forgiven within God’s system, blessed forever.  Heaven or hell. It´s your choice.  Which one have you chosen?

What does the Bible say about heaven?

When Jesus left earth after His resurrection, He said He was going away to prepare heaven for us who follow Him.

“Do not let your heart be troubled;
believe in God, believe also in Me.
2 In My Father’s house are many dwelling places;
if it were not so, I would have told you;
for I go to prepare a place for you.
3 If I go and prepare a place for you,
I will come again and receive you to Myself,
that where I am, there you may be also.
– John 14:1-3

Hell:
‘Depart from me, you who are cursed,
into the eternal fire
prepared for the devil and his angels. (verse 41)
…“Then they will go away
to eternal punishment,
but the righteous to eternal life.” (verse 46)

Heaven:
‘Come, you who are blessed by my Father;
take your inheritance,
the kingdom prepared for you
since the creation of the world. (verse 34)

New Bodies.  In heaven we will have new bodies.  They will be a brand new type of body.  We will have a totally distinct way of life in heaven.

39 Not all flesh is the same: People have one kind of flesh, animals have another, birds another and fish another. 40 There are also heavenly bodies and there are earthly bodies; but the splendor of the heavenly bodies is one kind, and the splendor of the earthly bodies is another. 41 The sun has one kind of splendor, the moon another and the stars another; and star differs from star in splendor.

What we learn in the Bible about our new body in heaven:

1. Looks like a human.  Jesus walked and talked and ate food, and people saw Him as a normal human.  Yet He had a resurrected body.  Doubting Thomas at first would not believe that Jesus had risen to life after His crucifixion.  But then Thomas actually saw Jesus, in a room with the other disciples — and then did believe ”

26 After eight days His disciples were again inside, and Thomas with them. Jesus *came, the doors having been [f Or locked]shut, and stood in their midst and said, “Peace be with you.” 27 Then He *said to Thomas, “Reach here with your finger, and see My hands; and reach here your hand and put it into My side; and do not be unbelieving, but believing.” 28 Thomas answered and said to Him, “My Lord and my God!” 29 Jesus *said to him, “Because you have seen Me, have you believed? Blessed are they who did not see, and yet believed.”  – John 20:verses 26-29

2. Unknown Capabilities.  We will have amazing abilities.  Something similar to what is called “teleportation” is one.  Jesus somehow suddenly appeared in a locked room where his disciples were gathered.  This is most likely not “psychokinesis”, as some imagine it, but we really do not understand how Jesus did this.  It is just amazing that we will have this same ability in heaven with our new body.  [John 20:26]

“To teleport is to disappear and then reappear at a different place. If you’re waiting in line in the freezing cold, you probably wish you could teleport yourself inside to the concert. Unfortunately, we can’t really teleport yet.

“On Star Trek and in other science fiction, people teleport all the time. They are zapped, then they disappear and then reappear somewhere else, like on a different planet. If you could teleport, you wouldn’t have to drive a car, fly in a plane, or even walk anywhere: you could simply teleport there. The word is made up of tele, which is Greek for “distance,” and French portare for “carry.” – https://www.vocabulary.com/dictionary/teleport

3. Immortal and Indestructible.  We will never die.  Well, not after this earthly body dies.  In heaven we will live forever and ever and ever….

The Bible is full of the truth of God.  It was written that we might grow to have faith in His message.  Over the course of hundreds of year, the Bible was put together by God — so that we could come to believe that Jesus is the Messiah, Son of God.

30 Therefore many other signs Jesus also performed
in the presence of the disciples,
which are not written in this book;
31 but these have been written
so that you may believe
that Jesus is the Christ, the Son of God;
and that believing you may have life in His name.
– John 20:30-31

The first account I composed, Theophilus,
about all that Jesus began to do and teach,
2 until the day when He was taken up to heaven,
after He had by the Holy Spirit given orders to the apostles whom He had chosen.
3 To these He also presented Himself alive
after His suffering,
by many convincing proofs,
appearing to them over a period of forty days
and speaking of the things concerning the kingdom of God.
– Acts 1:verses 1-3

Don’t let the brevity of life catch you short of faith in the end.

Satan “knows that he has a short time.” God is at work – accomplishing His plan of the ages. Are you ready for Him?