You are here: Home / Salvation / Why I left the Catholic Church 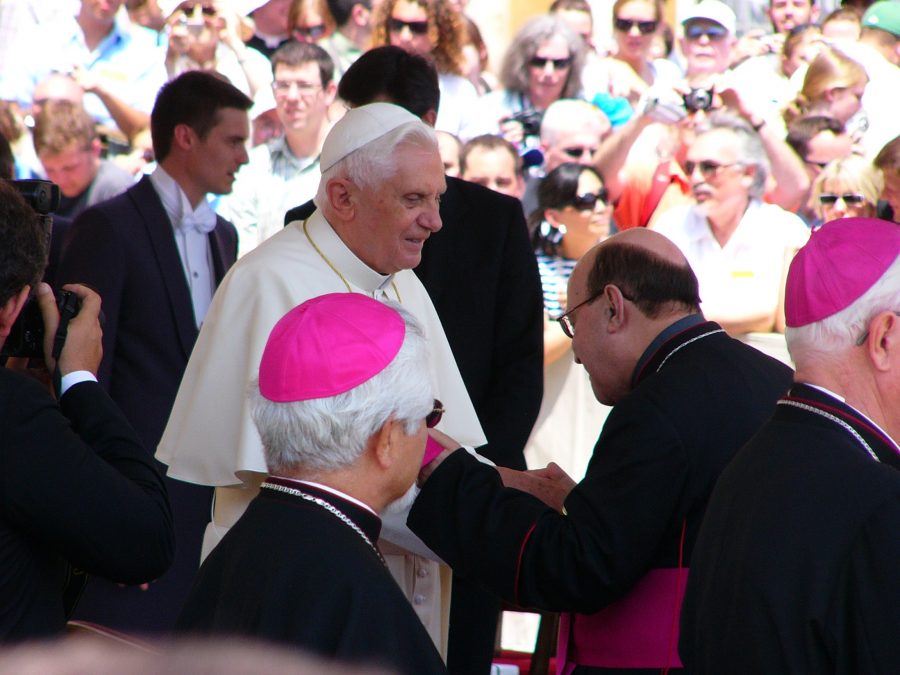 I was brought up with the Catholic religion.  What I know of the Catholic faith I learned in Sunday School class—memorized the Q&A of the Baltimore Catechism.  My mother was Catholic having been brought up in a strict German Catholic home although she never spoke openly of her faith; always attended Mass and the Sacraments—considered to be a good Catholic.  My father was probably of Methodist faith but never attended church either his own nor with us as a family.

As a child, I attended Sunday School and religion classes into my high school years which were taught by the parish priest and/or the nuns who were anything but kind and loving people.  Received all the Sacraments of the Catholic Church at the proper time:  Baptism as an infant;  First Communion at 6 yrs old;  Confession at 7 yrs old; Confirmation at 13 yrs old.

Having been brought up in the Catholic Church, we were never encouraged to read the Bible as a common person did not have the proper education and would misinterpret the Word—only the priest read from the Bible in church or a lay person who was assigned to do so.  Only the priest could interpret the Word through his sermons which were usually read rather than spoken from his heart.

We were forbidden to attend any other church (even another Christian church) as that was a serious sin; we might be led astray or corrupted with mistruths.

I think the turning point came when I realized how corrupt the Catholic Church had become—especially the evil actions by pedophile priests who mistreated young people and the Church continuously tried to  cover it up and expected the churchgoing  Catholics to sacrifice and pay millions of dollars to “amend” for these incomprehensible acts.  These were the same people who were reading and interpreting the Bible for us, their faithful parishioners because we were uneducated and we might be led astray.

There are a few Catholic parishes where the priest and the faithful have worked together since Vatican II to keep pace with the needs of the people in the pews; encouraged bible study and more active participation.  The majority of churches continue as Roman Catholic—continue to follow blindly, saying their printed and memorized prayers, praying to dead “saints” and with no personal relationship with God.

The Church talks about belief in the Holy Trinity—God the Father, Jesus Christ His Son, and the Holy Spirit but it’s a hollow, empty belief.  Their belief in God is Old Testament—fear of God as a tyrant not a loving God.  Jesus Christ is God’s Son but the realization of Christ as personal Lord and Savior is missed.  Belief in the Holy Spirit too is empty—certainly not alive and well nor growing in the hearts of very many members of the Catholic Church today.  They go to Mass on Sunday (some to daily Mass if it is convenient) and think that they are earning grace and eternity with God.

For years I had been searching for “something” that was missing from my faith.  I always attended Mass and went thru the motions of being a good Catholic—whatever that means.

I guess I “learned” all the right things about the Catholic faith but God’s Holy Spirit was dormant within me and I longed for so much more.  That is when I was introduced to the Word by a gifted pastor whose words were spiritually alive.  My eyes were opened—I heard for the first time with my ears—God’s Holy Spirit was definitely awakened within me!  Alleulia!!  No more “going through the motions.”  I confessed and repented of my sins, was baptized by immersion, Jesus Christ is my Lord and Savior!  He died for me and my sins on that Cross!  I am a Born Again Christian!!!

I know that I have grown tremendously as a Christian and in my Faith since that wonderful day five years ago! And I thank God every day for my daughter who shared her new-found Christian faith with me and for her pastor who spoke the words that touched my heart and awakened His Spirit within me.  I shall be eternally grateful.  I no longer wonder where I am going when I pass from this earth.  He has prepared a place for us where we True Believers will be together for Eternity!  See ya there!!!    -Author Unknown