You are here: Home / Christian Life / A Light at the End of the Tunnel 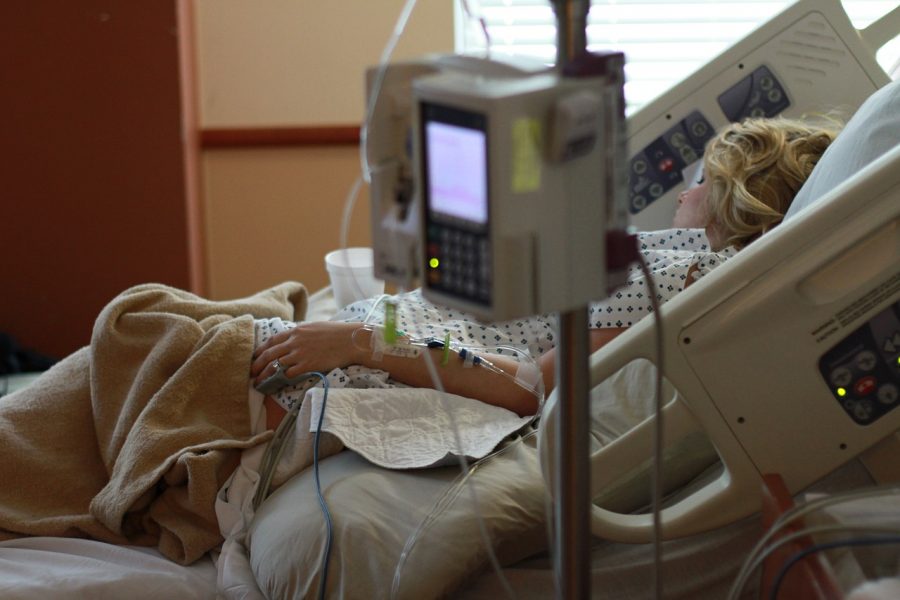 When I was going to the University of California, I had to take a class in Calculus and it was a very interesting class but the teacher was Chinese and didn’t speak English too well. And the class for me was very hard, especially the final which consisted of 5 questions that you had to write out the entire procedure step by step to show how you got your answer.

I knew in my mind that I had to pass this test because if I didn’t, my world would come crashing in. I had been having such a hard time in this class and I felt like I was in a dark tunnel groping around without any light. The only light was at the far end of the tunnel. It was an awful feeling and I felt depressed being in the darkness! But I kept my sites on that light.

Later, I married my wife, and we had made plans for our life and those were the only plans we had made. There was no plan B! I had my whole focus on being a missionary in a foreign land, knowing how hard in would be. I needed to marry someone who wanted to be a missionary. I had diabetes type 1, which requires having an insulin shot before each meal.

So when I was fourteen, I started the Christian Missions Recruiting Service Notebook of Colorado. It consisted of some 131 pages which involved mail going back and forth till I was fifteen years old. And it said that in 1964, more than 65% of the world had still never heard the gospel and that the percentage of seminary graduates who enter overseas mission work is very low. So I knew then that my goal in life was to be a missionary and I wasn’t going to let anything get in my way. Jeremiah 45 teaches, “Seekest thou great things for thyself? Seek them not”. So I made it my goal in life to serve God, despite all my limitations.

After getting married, which as a side line, everyone told my wife that she would make an incredible translator, we both wanted to join Wycliffe Bible Translators as missionaries. I thought it would be great to translate the Bible into a language that didn’t have God’s Word in their own language. My wife had been a Wycliffe kid with this agency and my aunt and uncle had served with them in Papua New Guinea. Plus Wycliffe had actually started out by Cameron Townsend  living in Santa Ana with the Griest family.

Our church was in many ways the beginnings of Wycliffe. So one night, we had a meeting with a director of Wycliffe. But in that meeting he told us, “Wycliffe could not accept us”. I had sugar diabetes type 1 and would never make it living in a jungle. At that point in my life, with all the plans we had made, our desire to serve God in this way had been dashed to pieces. We had no idea what to do next. I felt like I was in a dark tunnel and there was only a small light shining at the end of it.

Later on God made the light shine brighter and despite some bad circumstances, we ended up serving as missionaries in Spain. This was interesting to me as I had been told that “Spain was the graveyard of missionaries”. Later after living there for 19 years, I understood better why this expression was true. Continuing on, in May of 1999 another thing happened to my wife and I in Madrid that seemed like another dark tunnel. They discovered through a sordid list of complications that I had brain cancer. I found this out through an MRI done. I was told I didn’t have much time to live. The cancer was affecting my vision and it had to be operated on immediately or I would die.

At the time, most people with my type of brain cancer, empendymoma, die. Life seemed to me to have come to an drastic halt. My family was affected by it. Everything we had been working on seemed to come to an end. It was like being in another obscure and foreboding passageway and there was little light at the end. The feelings, the emotions, the trauma all came sweeping over me.

All I could focus on was Hebrews 13:5 that says, “I will never leave you nor forsake you”. The light at the end of the tunnel can be seen in Hebrews 11:39-40 which says,”And all these (the ones listed in Hebrews 11), having obtained a good testimony through faith, did not receive the promise, God having provided something better for us, that they should not be made perfect apart from us.”

So despite the bad things we go through, and the times that seem like we are in a dark tunnel, there is always light at the end of it for those that believe that Jesus is the Light (John 8:12; 9:5; 1 John 1:5; Psalm 27:1 ). He is the light for whoever believes in Him and becomes a new creature (John 3:3). Old things are passed away, behold all things become new (2 Cor. 5:17)