You are here: Home / Christian Life / Another hint about the Rapture 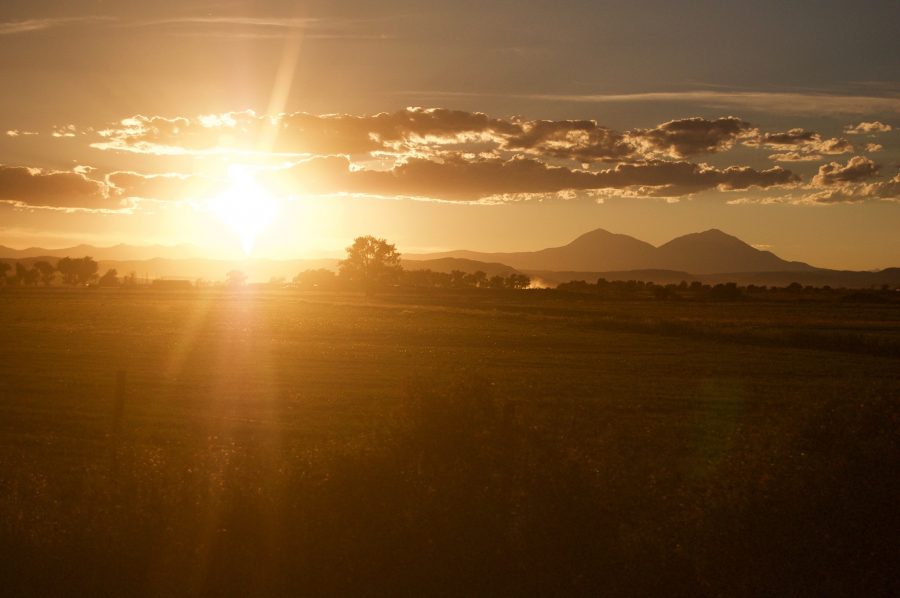 PIC: A new day will dawn soon, without the Restrainer to restrain evil.

There is another hint about the Rapture.  It’s in 2 Thessalonians 2:7-8. The Apostle Paul says,

7 For the mystery of lawlessness
[rebellion against divine authority
and the coming reign of lawlessness]
is already at work;
[but it is restrained]
only until he who now restrains it
is taken out of the way.

8 Then the lawless one [the Antichrist]
will be revealed
and the Lord Jesus will slay him
with the breath of His mouth
and bring him to an end
by the appearance of His coming.
– 2 Thessalonians 2:7-8   AMPLIFIED

In the NASB it is worded this way

7 For the mystery of lawlessness is already at work; only [a]He who now restrains will do so until [b]He is [c]removed. 8 Then that lawless one will be revealed, whom the Lord will eliminate with the breath of His mouth and bring to an end by the appearance of His [d]coming”  – 2 Thessalonians 2:7-8   NASB

Paul says, currently the intensity of evil events is being restrained “until He is removed.”

For more, read: Do we see the Antichrist just prior to our Rapture trip?

He who now restrains
will do so until He is removed.

That removal will be the time of the Rapture!  THEN the Antichrist, “that lawless one”, is revealed – and the Great Tribulation gets seriously underway. Evil will then be unrestrained.  Imagine.

There is a timeline for all this.  No actual date however!

Most Christians read this just fine: “he who restrains” will be taken away so that the Antichrist can then freely do his evil.  That’s easy to see.

But, but BUT… this “restrainer” is the powerful Holy Spirit of God. The “restrainer” is God Himself, in the person of the Holy Spirit.  Prophecy says He must be “removed”.  Why?  So that the Antichrist can do his evil unrestrained.

God has promised never to leave us nor forsake us (Hebrews 13:5).

“I will never desert you,
nor will I ever abandon you”
– NASB

His Holy Spirit resides inside every born again follower of Christ.  So how on earth could He leave and be “removed” — without taking us with Him?

Hebrews 13:5
5 Let your character [your moral essence, your inner nature] be free from the love of money [shun greed—be financially ethical], being content with what you have; for He has said,

“I will never [under any circumstances] desert you [nor give you up nor leave you without support, nor will I in any degree leave you helpless], nor will I forsake or let you down or relax My hold on you [assuredly not]!”

That is clear enough for me!  He cannot be removed from our heart.  That is promised to us.  So how on earth is the Holy Spirit removed from the earth without leaving us?

The answer: He takes us with Him!  He cannot leave us here.  Jesus returns to snatch us up to forever be with Him: those that are dead first, then immediately also those who are alive and well on planet earth.

1 Corinthians 15:22-23
22 For as in Adam all die, so also in [i]Christ all will be made alive. 23 But each in his own order: Christ the first fruits, after that those who are Christ’s at His coming

1 Corinthians 15:51-57
I am telling you a [w]mystery; we will not all sleep, but we will all be changed, 52 in a moment, in the twinkling of an eye, at the last trumpet; for the trumpet will sound, and the dead will be raised [x]imperishable, and we will be changed. 53 For this [y]perishable must put on [z]the imperishable, and this mortal must put on immortality. 54 But when this [aa]perishable puts on [ab]the imperishable, and this mortal puts on immortality, then will come about the saying that is written: “Death has been swallowed up in victory. 55 Where, O Death, is your victory? Where, O Death, is your sting?” 56 The sting of death is sin, and the power of sin is the Law; 57 but thanks be to God, who gives us the victory through our Lord Jesus Christ.

12 “Behold, I am coming quickly, and My reward is with Me, to reward each one as his work [a]deserves. 13 I am the Alpha and the Omega, the first and the last, the beginning and the end.” 14 Blessed are those who wash their robes, so that they will have the right to the tree of life, and may enter the city by the gates.

The question remains: Are you filthy or beautified?

About the Holy Spirit

The Holy Spirit in you?

The non-stop work of God inside you and me

Are you filthy or beautified?

Excerpt:
Do you know what God is offering?

When we turn to Christ in repentance, He Himself declares us forgiven, forever clean in the sight of the Judge of the Universe. In that moment in time – we become His children. As we follow Him, we will sin more on this earth, but His grace covers His children. We are declared forgiven by the saving grace of God.  – Source: God’s System of Justice

I
have caused
your wickedness
to be taken away from you,
and
I
will clothe and beautify you
with rich robes [of forgiveness].
– Zechariah 3:verse 4 *

*…the answer becomes obvious when comparing Lot and his wife. Clearly, Lot was taken to refuge (salvation) and his wife was left to judgment.

A common question: “Is the taken one saved or is the one left behind saved?”  1

Yet another hint about the Rapture – this one in Isaiah…