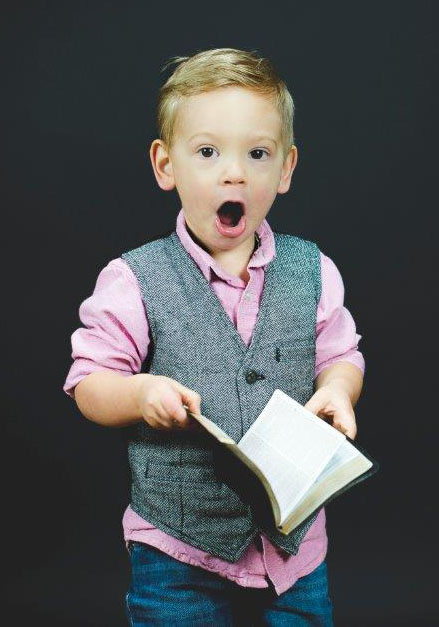 For some strange reason I am constantly amazed by the confident bravado of unrepentant so-called “Christians”.  But, why am I surprised?  “Unrepentant” is bold rebellion, vain conceit, and un-bowing willfulness.

I don’t think many are “misunderstanding God”.  They are merely choosing to follow another god.

Won’t that be a horrible day, to beam up and find myself before a holy God — when all along I lived like “holy” did not matter?

I have sinned, grievously — but I did not make a concerted effort to excuse my woeful behavior.  I chose to repent — not pursue wanton behavior.  Choosing Jesus – over my sin, is dimensionally far from choosing excuses and staying with my sin.  I have to choose Him every day!

Nowadays it seems we want it all, the right and the “wrong” – both without consequences.  We want it all without paying in some way for it.  Folks want…

So many folk want sin without borders…

Today (April/2019) Pete Buttigieg is gay, and he is mayor of South Bend, Indiana.  Buttigieg has himself regularly mentioned how he balances Scripture with his choice of being actively gay sexually.  He says he has a Christian faith.  And he says that he balances-out his faith with his practice of homosexual living.

Apparently, like many in the LGBTQ,  he’s got it all figured-out.  He is ready to meet His Maker.  He will get to the Pearly Gates and tell Creator God how God’s Heaven is going to be – now that he, Buttigieg, has arrived!

“It can be challenging to be a person of faith who’s also part of the LGBTQ community and yet, to me, the core of faith is regard for one another,” the candidate said at a CNN town hall on Monday. “And part of God’s love is experienced, according to my faith tradition, is in the way that we support one another and, in particular, support the least among us.” – from the Washington Post; By Kyle Swenson; April 25

You can be “a person of faith” all you want.  But: One cannot be “Christian” plus something that is opposed to being Christian, you think?  It is incongruous.  It is following a different faith than that of the Bible.

It is incongruous, for example, to…

Choosing Jesus – over my sin,
is dimensionally far from
choosing excuses
and staying with my sin.

“You either is, or you ain’t. And what you ain’t – ain’t what you is.” And we need to realize that God is unequivocally set on His Ways.  “You ain’t saved if you ain’t followin’ Jesus’ Way.”

Antonyms.  God is NOT…

God Himself is mysterious.  But His saving Gospel, the Gospel of Jesus Christ, is specific and …sure as hell.  How you get accepted by Creator God to enter His Kingdom — His “salvation”, is nonambiguous, crystal clear. You must be born again – and follow Jesus with all that you are.  You cannot be ambiguous about following Him!

Excerpt from the article: A God Damn
…speaking about our “fabricated, conjured-up imaginary” Santa Claus god

We fool ourselves so easily.  Anything we kind of like, or really like, or really really are into… is fine with our “Claus God”.  It’s easy to follow this “god”.  Claus has no limits on us!

The Bible teaches about a holy God, not a Santa Claus god.  Not a fabricated, conjured-up imaginary figure we might want to relate to on our own terms – but the real, actual Holy God of the Heavens, the One and Only Creator God who made all that exists anywhere — He who still is in control.

In terms we can somewhat grasp, God shares with us in the Bible what He is truly like.  And our modern day culture just really hates that.  Do you see that?

A person can damn you, but, what’s that going to do?  Not much.  However, on That Day of Judgement, a God damn is forever bad, forever unforgiving, never changeable – permanent in the universe.  A God damn declared by God Himself will make the human heart quiver like a gazelle caught in the lion’s jaws.  You can argue all you want now.  But, standing before Creator God – there will be no wiggle room to escape.  For the “Claus God” followers on that day, as with all who reject Christ, there will be no escaping the wrath of The Holy God of Judgement.   That shows the intensity of God’s feelings against your sin.  Sin is no small thing.

Don’t be fooled again and again and again – by the world, your friends, or your philosophizing.  Sure as Heaven – we will meet our Maker on His terms.  Are you ready now?  Tomorrow may be too late.

It’s all or nothing

About OMG  |  Facebook OMGjesus  |  FAQ
QUICK LINKS:
He will go before me - God Is Not Distant - My Heinous Heinous Ways - Seeing change in your heart - About Heaven - Lost I Came To Him - This is salvation in Christ - That Moment in Time - Admitting I was wrong - Titus on: What the Word of God Teaches - Making God - I Look Oh My God - One Human Race - Puny Humans - Following - What Jesus stands for - Which Jesus do you serve? - Is Jesus’ worldview your worldview? - Getting Born Again - Saving Knowledge - Losing My Soul - My best day here - Vortex of Good & Evil - Living the good life with courage and confident hope - Fear This - Punishment and Reward - Degrees of Sin - Are you filthy or beautified?

About the End Times (a series)
Do not fear, I will help you - Be cautious and active in faith - Maintain yourself faithful – out of loyalty to Christ - When we face difficult times in our life - First Apostasy, then Antichrist, then the Rapture - We are now in “Birth Pangs” times, and then ...the End - “What will be the sign of Your coming, and of the end of the age?” - Oh what a day that will be! - What joy and exhilaration - soon

About False Teaching (a series)
Getting down to God’s meaning - Calling out false teaching - Jesus, the second man, is the Lord from Heaven

Who are you, really?  Are you that self-made free spirit, an independent, a liberal, a conservative? How would you label yourself? How about finding a more biblical label?

The earth will not see itself getting better — until Jesus returns, destroys His enemies at Armegeddon, and THEN establishes His Millennial Rule on earth. Jesus Himself said, “For the kingdom of God is among you [because of My presence].” (Luke 17:20-21)

Many Christians continue to believe: “The Rapture can’t happen now!” But what does Scripture lead us to believe?

Jesus will SOON be personally “granting us all the privileges and rewards of a new life with Him”. (1 Thessalonians 1:10) Ready for this?