You are here: Home / Heaven / The Book of Life 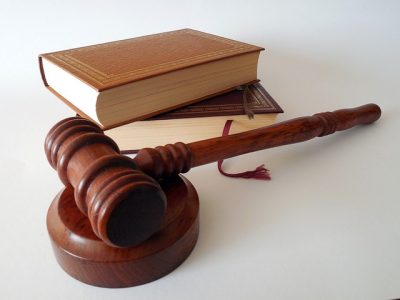 There are several books in Heaven that are important – to the extreme.  Some of those books, according to Revelation 20:12, record all our acts on earth: “the dead were judged according to what they had done as written in the books [that is, everything done while on earth]”.  They could perhaps be referred to as The Books of Deeds.

One book in particular is the most important.  You really want to have you name in this one: The Book of Life.

Psalm 69:28  Amplified
May they be blotted out of the book of life [and their lives come to an end] And may they not be recorded with the righteous (those in right standing with God).   [It is translated “Book of the living” in KJV.]

Daniel 12:1
“Now at that [end] time Michael, the great [angelic] prince who stands guard over the children of your people, will arise. And there will be a time of distress such as never occurred since there was a nation until that time; but at that time your people, everyone who is found written in the Book [of Life], will be rescued.   [It is translated “Book of the living” in KJV.]

Philippians 4:3
Indeed, I ask you too, my true companion, to help these women [to keep on cooperating], for they have shared my struggle in the [cause of the] gospel, together with Clement and the rest of my fellow workers, whose names are in the Book of Life.

Revelation 3:5
He who overcomes [the world through believing that Jesus is the Son of God] will accordingly be dressed in white clothing; and I will never blot out his name from the Book of Life, and I will confess and openly acknowledge his name before My Father and before His angels [saying that he is one of Mine].

Revelation 13:8
All the inhabitants of the earth will fall down and worship him, everyone whose name has not been written since the foundation of the world in the Book of Life of the Lamb who has been slain [as a willing sacrifice].

Revelation 17:8
“The beast that you saw was [once], but [now] is not, and he is about to come up out of the abyss (the bottomless pit, the dwelling place of demons) and go to destruction (perdition). And the inhabitants of the earth, whose names have not been written in the Book of Life from the foundation of the world, will be astonished when they see the beast, because he was and is not and is yet to come [to earth].

Revelation 20:12
And I saw the dead, the great and the small, standing before the throne, and books were opened. Then another book was opened, which is the Book of Life; and the dead were judged according to what they had done as written in the books [that is, everything done while on earth].

Revelation 20:15
And if anyone’s name was not found written in the Book of Life, he was hurled into the lake of fire.

Revelation 21:27
and nothing that defiles or profanes or is unwashed will ever enter it, nor anyone who practices abominations [detestable, morally repugnant things] and lying, but only those [will be admitted] whose names have been written in the Lamb’s Book of Life.

Revelation 22:19
and if anyone takes away from or distorts the words of the book of this prophecy, God will take away [from that one] his share from the tree of life and from the holy city (new Jerusalem), which are written in this book.

Scripture warns about how God can be angered to the point where He blots-out your name from His Book of Life.

Deuteronomy 29:20
the Lord will not be willing to forgive him, but then the anger of the Lord and His jealousy will burn against that man, and every curse which is written in this book will rest on him; the Lord will blot out his name from under heaven.
We must turn to God in repentance – so that our name is not blotted out.

Are you in The Book of the Living?

Are you in The Book of the Living?

Are you filthy or beautified?

We must seek after God

What God does to prepare you for Heaven

At death – we put on immortality

Heaven will be awe-full and law-less

Me, When I Die, forgiven