You are here: Home / Heaven / His due sentencing 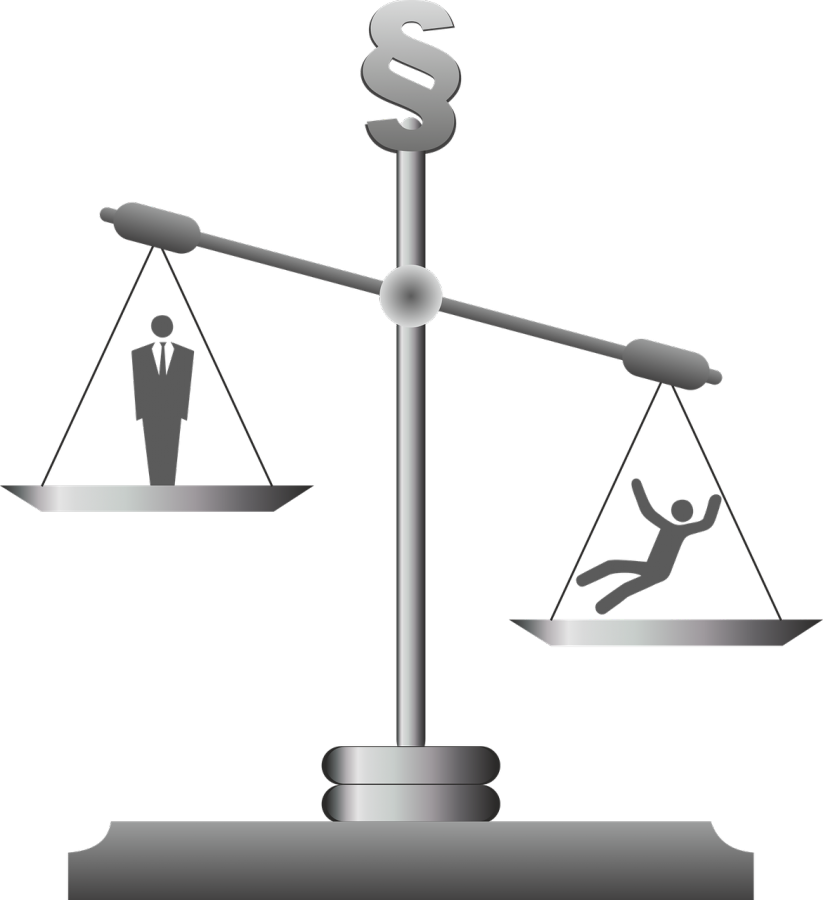 Without Christ we are all due to appear before The Judge of All to receive His holy justice, His due sentencing.

18 For [God does not overlook sin
and] the wrath of God is revealed from heaven
against all ungodliness and unrighteousness of men
who in their wickedness
suppress and stifle the truth,
19 because that which is known about God
is evident within them [in their inner consciousness],
for God made it evident to them.
20 For ever since the creation of the world
His invisible attributes,
His eternal power and divine nature,
have been clearly seen,
being understood through His workmanship
[all His creation, the wonderful things that He has made],
so that they
[who fail to believe and trust in Him]
are without excuse and without defense.
– Romans 1:18-20

God does not overlook sin
Jesus death on the cross balanced-out the scales to our favor. But we must choose Him and reject sin.

Sure as heaven, there will come a day of reckoning where practicing sinners will give an account for their life on earth.  Ready for that day?

Sure as hell – what is due to God is “owed at a certain time“, a time of God’s choosing.  And that time is upon death.  Your strength of will cannot help you avoid His due sentencing.

God is way beyond you.  Your own way is the broad way – the highway to hell that leads to eternal destruction.  God’s way is the narrow way, the way of Jesus.

“Therefore be careful how you walk,
not as unwise men but as wise…
because the days are evil.
So then do not be foolish,
but understand what the will of the Lord is.”
– Ephesians 5:15-17

The will of the Lord is for you to go to heaven by the way that the only Son of God opened up for us.  This Way is the preference of God for us all.  God is saying that Jesus is the only way, the only truth, the only life that counts.  See: Acts 4:12 and John 14:6:

It all started with His Creation.  He is active in our history, and in our futures.

And He made from one man every nation of mankind to live on the face of the earth, having determined their appointed times and the boundaries of their lands and territories.  –Acts 17:26

Your Choice – Your Future
What will your future be?  It will be Heaven or it will be Hell.  There are no other futures to opt for – but what God determined before the foundation of the earth.

All the inhabitants of the earth will fall down and worship him, everyone whose name has not been written since the foundation of the world in the Book of Life of the Lamb who has been slain [as a willing sacrifice].  – Revelation 13:8

God is asking you to repent, not “get religion”.  Being religious will never get you to heaven. I abhor religion because that is — people telling you how to act.  I don’t care what people say.  I want to hear what God says!

Nothing religious was done by [the thief on the cross]. He merely

(1) confessed his sinfulness, and
(2) acknowledged Jesus as “the Christ”.

– Extract from the article,  That Moment In Time

That Moment In Time

Jesus Claimed to BE God

Sinners, versus living in sin