You are here: Home / Prophets and Prophecy / We are inside the timeframe Jesus gave for the Rapture 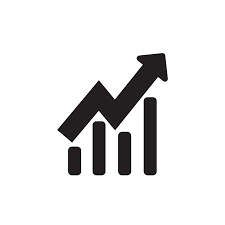 I wanted to write on the timeframe Jesus shared for the Rapture, but this article by Chad Thomas is so succinct and clear – I’ll share this excerpt with you instead.

Psalm 90:10 KJV – “The days of our years are threescore years and ten; and if by reason of strength they be fourscore years, yet is their strength labour and sorrow; for it is soon cut off, and we fly away.”

Was Jesus giving us a clue in the parable of the Fig tree as to when He would Return and establish His Kingdom on Earth for His 1000-year Millennial reign? It looks very possible. Psalms 90:10, which I just shared above, makes a case that a generation is 70-80 years. It then mentions flying away… that’s interesting, that sounds a lot like us flying away in the Rapture, doesn’t it?

So, if Israel became a nation on May 14, 1948, and Jesus tells us in the Parable of the Fig Tree that this generation that witnesses this will not pass away until all these things are fulfilled, and we add 70-80 years (the length of a generation according to Psalms 90:10) it takes us to 2018- 2028. Now, we must remember that there is a seven-year Tribulation period that needs to be added and the preceding Rapture of the Church. That would take the Tribulation starting in a window from 2011-2021.

The whole point I am trying to make here is we are in the window now! It’s been over 72 years since Israel became a nation. So, if the Tribulation period were to start this fall, for example, Israel would be 79 years old at the end of the Tribulation in the year 2027. And if the 70-80-year generational timeframe as outlined in Psalms 90:10 is accurate, we are in a window right now to expect the imminent return of Jesus Christ to Rapture His church.

Print this now: Your guide for after the rapture takes place