You are here: Home / False Teachings / Mormon Polygamy and God 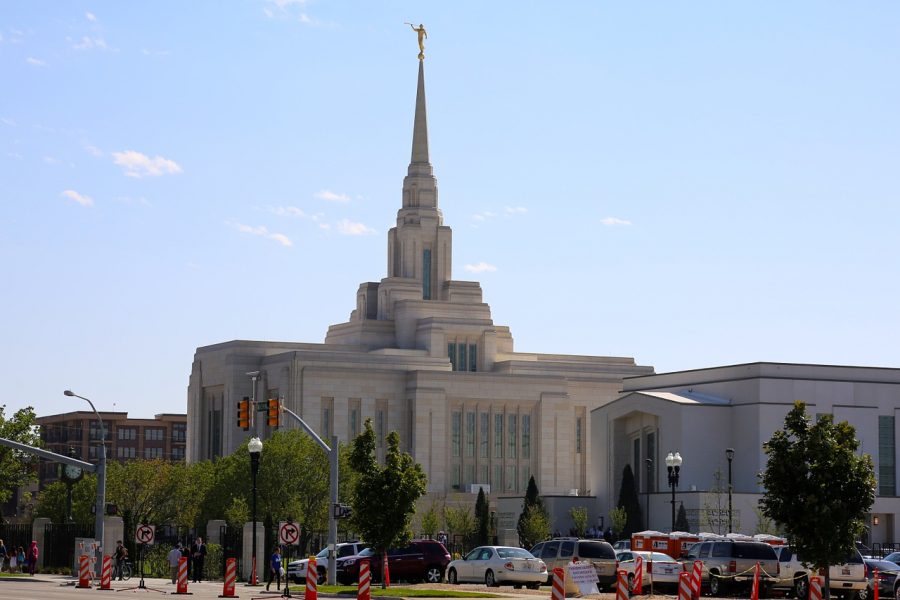 The Mormon Church has taught several things about God:

So then we see that the Mormon God has created “spirits” or souls in the heavens and they take on human bodies on earth.

So what part of the heavens you ask ?

…………….Answer: Kolob, like the rest of Mormonism, is a hoax perpetrated by Joseph Smith. There is no factual basis for these claims. If Kolob was real, astronomers would have been tracking it for at least the past decade, and it would be visible by now to the naked eye. Obviously, it does not exist”. (6)

Where polygamy fits in:

At various times, people in the Bible have practiced plural marriages. And the Mormons have endorsed this teaching. For example, there was Abraham, Isaac, Jacob, Moses, David, and Solomon (Doctrine and Covenants 132:1). But God does not approve polygamy.

Mormon women were taught that they should continue to have as many children as they possibly could, to fulfill the imperative to bring holy souls out of pre-existence into life, thus activities other than child bearing and child rearing were and are discouraged for fundamentalist Mormon women. (7)

But in 1890, the Prophet Wilford Woodruff issued a proclamation that officially stopped the practice of polygamy within the Mormon Church.  Yet that does not negate the fact that the Mormons believe that God has created spirit babies in Kolob and they are waiting for a body on this planet earth.

Some problems with this teaching

First, it is hard to prove that Kolob as a planet even exists in the center of our galaxy. As it was stated many astronomers in the past decade would have been tracking it and they have found nothing.

Second, according to Colossians 1:16-17, Jesus (who the Mormons teach was a spirit child) really created all things whether they be angels like Satan or Lucifer, planets, galaxies, visible and invisible things, etc. and he even holds them together. It wasn’t the Mormon god in Kolob!

So it is possible the soul/spirit of a man carries the sin (8) and not the flesh. The flesh of men is connected to their soul and is corrupted by their soul/spirit. In Psalm 51:5 it says we are “born in sin”. Yet Jesus did not have the soul/spirit of a man but rather he was born with flesh through Mary (Gen. 2:23;Mat. 2:11), but his soul/spirit was of the Holy Spirit (Matt. 1:20). So there is a difference between is “flesh” and his “spirit”. Both of them did not have sin when he was born. But when he was tempted in the wilderness (Matt. 4:1-11), his flesh had desires like the need to eat as he was fasting for 40 days.

When Adam and Eve sinned in the garden, the result of their sin would be death (Gen. 3:3) but they didn’t die physically but rather their soul/spirit died and no longer had a relationship with God (Gen. 3:8). The sin had broken their fellowship with God (Isaiah 59:1-2; 1 John 1:6). They physically died later.

That being the case, the sin must be passed on through the soul/spirit when we are born and our sinful soul/spirit is linked to the flesh. It says in Genesis 1:1-19 that sin entered the world through Adam. It was through him that we receive our soul/spirit and our our flesh. When we are saved by Christ’s blood paying for our sin, we still have a struggle with our flesh but we are freed from sin as our old sinful nature is dead to sin (Gal. 5:16; Rom. 6:1-1; 8:1) and the spirit of God now dwells in us (Eph. 1:13). We should “walk in the Spirit and not in the flesh” (Gal. 5:16).

Though there was polygamy in the Old Testament, monogamy is God’s plan for marriage. It is true that you will not find the word “monogamy” in the Bible. But that is also true for “polygamy”. Paul teaches in 1 Tim 3:2, the overseers should therefore be irreproachable, a husband of one wife; Titus 1:6 teaches the husband of one wife; Ephesians 5 talks of a wife, not wives; 1 Cor 7 talks of a wife not wives; and lastly 1 Cor 7:2 says “yet, because of prevalence of fornication, let each man have his own wife and each woman have her own husband.”

So if we were to assume that our soul/spirit was already created by the human Mormon God, which no one really knows the number of souls created, then it would be assumed that the souls are created sinful and come down to dwell in a fleshly body. So if these souls are sinful (Romans 3:23), that would mean that the Mormon God is sinful, as He created them…. which contradicts Scripture completely! And if the Mormon God is sinful, that opens up a whole other can of worms!