You are here: Home / Christian Life / Following Jesus is not fascism 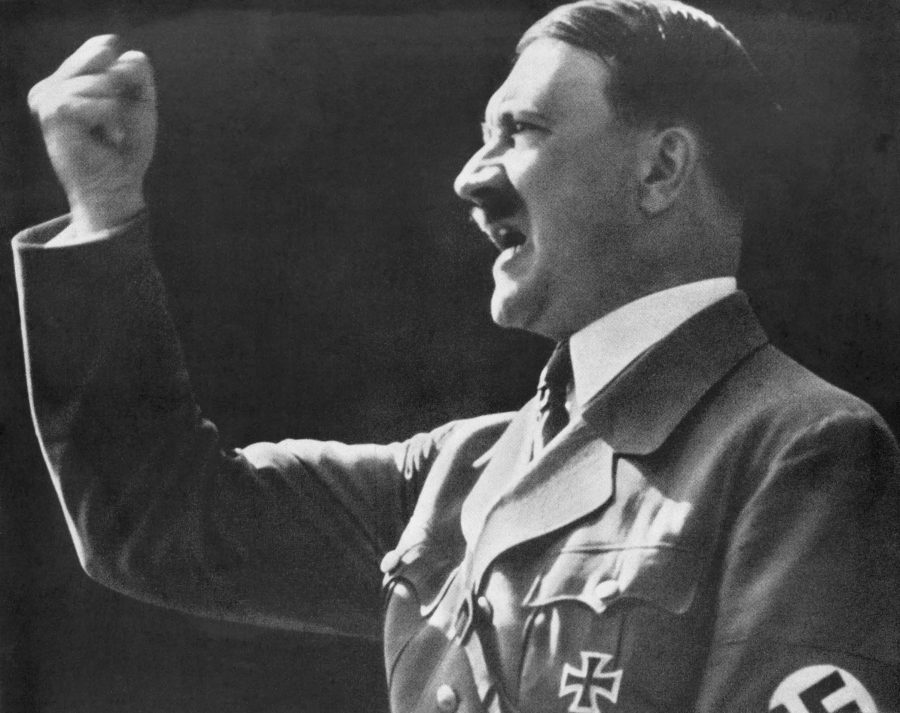 Jesus was not a fascist, and neither are His followers.  Of course some fakes, the fake faith so-called Christian types may be whatever catches their fancy, but not any genuine Christian (absolutely none).  1

Christian theology and practice in America today is somewhere very far from the fascism spectrum. 2 This should be obvious to the world, but apparently is not understandable by Rhode Island history professor Erik Loomis. How can such an educated man be so hateful and such a lunkhead!

Killer Michael Reinoehl admitted he tracked down Aaron “Jay” Danielson to his home and shot him dead on Aug. 29, 2020.  Cold-blooded, premeditated, murder.  He did this just because Danielson was a Trump supporter and Patriot Prayer member of that day’s Portland protest against what Reinoehl supported.

So now we have the Left shooting dead a protester just because they disagree?!  And this was not a “heat of the moment” during-the-protest-dastardly-deed.  Reinoelhl tracked Danielson after the protest.

‘Rebellion to Tyrants is Obedience to God.’
The founder of Patriot Prayer is born again Christian Joey Gibson.  He is no “Far Right” loon, like the media portrays him.  He is a conservative Christian like most everyone in churches on Sunday. Except that He takes His faith into the streets!  3

Professor Loomis defended this cold-blooded murder by Reinoehl.  Loomis, “you foolish [spiritually shallow] person“. Turn to Jesus.  He forgives all who come to Him with sincerity and truth.

(NOTE: I realize a left-leaning American university professor will not read here at OhMyGodJesus, but, just gotta put this out there. Anyone anywhere in the world with Internet connectivity can read our site!)

In the comments section, a reader appeared to challenge Loomis’ defense of Reinoehl, writing: “Erik, he shot and killed a guy.”

Loomis responded: “[Reinoehl] killed a fascist. I see nothing wrong with it, at least from a moral perspective.”

1 …a political philosophy, movement, or regime (… that exalts nation and often race above the individual and that stands for a centralized autocratic government headed by a dictatorial leader, severe economic and social regimentation, and forcible suppression of opposition;  2 : a tendency toward or actual exercise of strong autocratic or dictatorial control early instances of army fascism and brutality

Political reverse osmosis
So, since professor Erik Loomis stated his new dogma, “[Reinoehl] killed a fascist. I see nothing wrong with it“, then, by political reverse osmosis “the other side” could follow this new “Loomis Dogma – Shoot the Opposition Dead” and soon it could be said by them, “[Our side] killed a Far Left Liberal. I see nothing wrong with it“.  That is how civil wars start. That is not the American way, and it should be stopped right now.

“You foolish ones [acting without reflection or intelligence]”!  – Luke 11:40

So where do people like Loomis get their wrong-headed opinion anyway?  I would conclude they are of “those who are selfishly ambitious and do not obey the truth, but obey unrighteousness, wrath and indignation.”  – Romans 2:8

In the Bible, True Christianity = Following Jesus:
Actually acting like and being like “a little Jesus”… streaming Jesus from your insides.

Jesus did not teach nor legitimize any fascist doctrines like: autocratic rule of government, dictatorial leadership, regimentation of economies and society, nor “forcible suppression of opposition“.

On the contrary, the Bible and Jesus teach us:

About Government:
Romans 13   “Every person is to be in subjection to the governing authorities. For there is no authority except [b _by]from God, and those which exist are established by God.”
Acts 5:27-32… “We must obey God rather than men….”
Matthew 26:47-54   “Put your sword back into its place; for all those who take up the sword shall perish by the sword. 53 Or do you think that I cannot appeal to My Father, and He will at once put at My disposal more than twelve legions [d A legion equaled 6,000 troops] of angels? 54 How then will the Scriptures be fulfilled, which say that it must happen this way?”

About Rule of Law.
If it’s the rule of the country: Colossians 3:22    Slaves [employees], in all things obey those who are your masters on earth, not with external service, as those who merely please men, but with sincerity of heart, fearing the Lord.

About Conduct with all people:
Hebrews 13:15-19 NASB   “…do not neglect doing good and sharing… 18 Pray for us, for we are sure that we have a good conscience, desiring to conduct ourselves honorably in all things.“

About Suffering Unjust Governmental Punishment:
1 Peter 4:19    Therefore, those also who suffer according to the will of God shall entrust their souls to a faithful Creator in doing what is right.
Acts 5:27-32… “We must obey God rather than men….”

We must remember that we are NOT what we claim to be, but rather, we are what we live-out, what we actually end up doing.  We are our works, not our words.  That is why Jesus said, “Faith without works is dead.” (James 2:14-26)

On the other hand, we, as born again believers, are NOT what we used to be – because we have been made brand new inside. And we must resist what Satan tries to say we are.  Hopefully it will not be said of any of us:

“You were running well;
who hindered you
from obeying the truth?”
– Galatians 5:7

If you claim to be “a Christian”, as Hitler apparently did, you will show it – by acting like Jesus would, and producing good fruit.  Hitler produced only bad fruit.  Hitler was no Christian.

So, Loomis, don’t paint American Christians as Hitler Christians.  By doing so, you paint yourself as ignorant, because Hitler wasn’t Christian.  And Christians in America and all over the world – are not little Hitler fascists.

Is Jesus’ Worldview Your Worldview?

Your Thinking or God’s Word