You are here: Home / Damnation / Six different types of wrath – from God 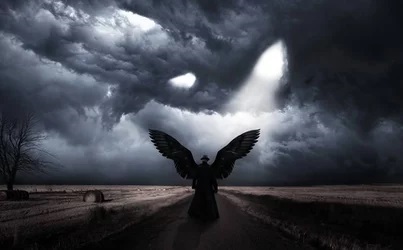 This post is an Excerpt from Does the Wrath of God Begin After the 6th Seal is Opened?

*Only the format has been edited for this post, and references linked. – OMGjesus editor

We… see this entire 7-year [tribulation] period  as being synonymous with the wrath of God and “day of the Lord” as found in the Old and New Testaments. This article will show the biblical evidence for this position as well as the wrath of God beginning at the first seal that Jesus opens in Revelation 6:1.

The New Testament affirms quite clearly that the believer is justified by the blood of Jesus and will be saved from the wrath of God through Him (Romans 5:9). Paul taught that the church is to wait for the Son from Heaven who rescues us from the wrath to come (1 Thessalonians 1:10).

Later, in the context of the day of the Lord, Paul says that the church is not destined to wrath, but to obtain deliverance (salvation) through the Lord Jesus Christ (1 Thessalonians 5:9). The question naturally arises,

“which wrath are we going to be spared from?”

Examining the theology of the entire Bible reveals that there are at least six different types of wrath. God is holy and His wrath against sin is justified (Isaiah 6:3; Rev 16:7; 19:2).

The first wrath we see was the personal wrath against disobedience that happened in the garden when God kicked out Adam and Eve (Gen 3:23-34). This wrath is often tempered by God’s mercy, but other times it gives out immediate justice (Acts 12:22-23; 5:1-11).

The second wrath is often described as cataclysmic wrath such as what happened with the worldwide flood (Gen 6-8) or the destruction of Sodom and Gomorrah (Gen 19).

The third type of wrath is the type that Paul describes in Galatians 6:7. It is the wrath of the principle of sowing and reaping. When people sow to the flesh, they reap the wrathful consequences.

The fifth type of wrath is what theologians call eschatological wrath or the wrath of the day of the Lord (1 Thess 5:9).

The final type of wrath is the eternal wrath of God which begins for unbelievers who die in the present age and end up in Hades (Heb 9:27; Luke 16:22-23). This wrath is fully and finally implemented after the great white throne judgment in Gehenna/lake of fire (Rev 20:11-15).

Only the church, which began at Pentecost in Acts 2, was given this promise. That is why people who get saved after the pre-trib rapture are subject to the eschatological day of the Lord’s wrath. Countless numbers will suffer the various affects of the tribulation (compare Rev 7:13-17 with famine- 6:5-6 and scorching heat of the sun of the fourth bowl judgment- 16:8). However, they will still avoid eternal wrath and are resurrected to enjoy and rule during the millennial period (Rev 20:4-6).

*Read the full article at rev310.net: Does the Wrath of God Begin After the 6th Seal is Opened?

Does the Wrath of God Begin After the 6th Seal is Opened?

Who are the Twenty-Four Elders in Revelation?

Is the Rapture in the Olivet Discourse? Part II